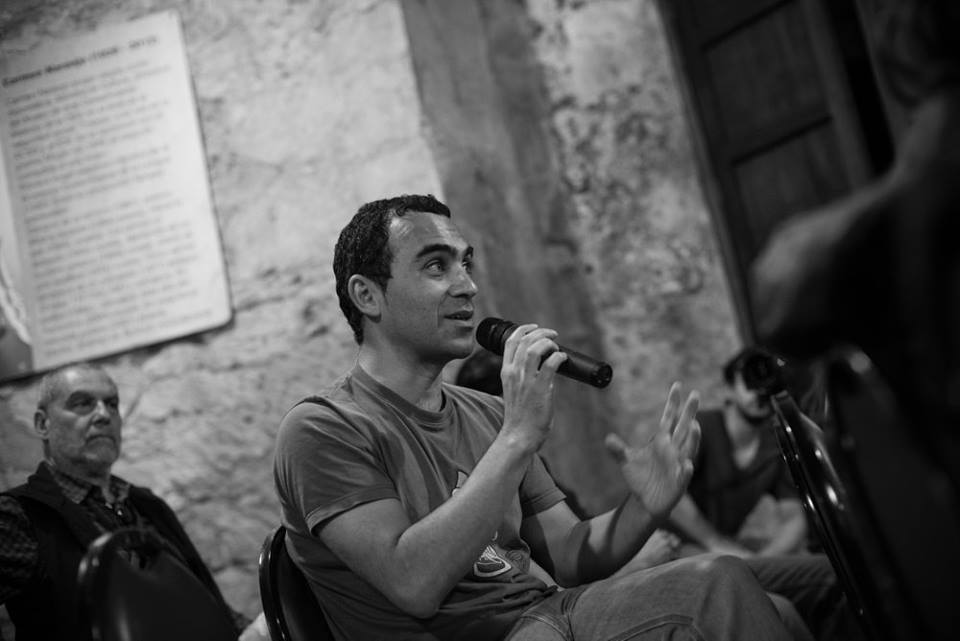 Born in Costa Rica our artist in residence Adrian Cruz has a Master Degree in Grafic Design (2012) and Visual Communication (2015). He lived in Barcelona a couple of years where he studied in Faktoría d’Arts School. He combines his work as ICAT´s coordinator (Programa de Identidad Cultural, Arte y Tecnología) and as teacher of Media Production and Photography at the Costa Rica University. Since  2014 he is vicepresident of DOKUS (Costa Rica documentarits association).

Among other works he has been executive producer of  Ishtar Yasin´s movie “El Camino” (Berlinale 2008), he is director of several documentaries such as «Polifonías” (2009), “Súper Hadas”(2012) and “Río Pirro” (2016). His first short fiction “La Estación del Tiempo” was premiered in International Cinema Festival of Costa Rica and now he is preparing his second fiction movie “El Cantar de Elena”, which is developed from a previous work titled “Fuego Fatuo”.

He has chosen Airgentum Artist Residency programme to keep on working in the play writting of a long version of his awarded short «La Estacion del Tiempo». We set up a metting with Raquel Conde Viera and Edwin Umaña, both experienced professionals in media production, play writting and teachers in both Spain and Colombia, to help Adrian in his creative process.

Here you can see several of his previous works: