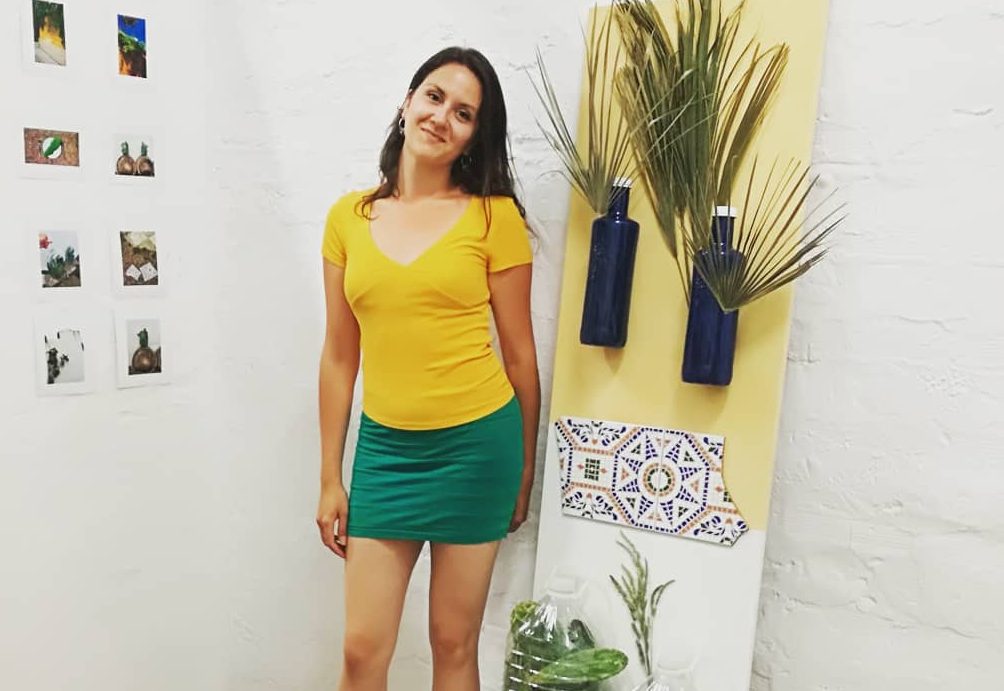 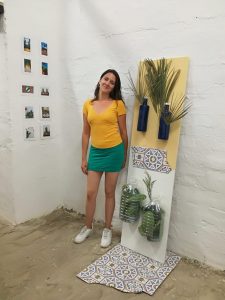 This piece is an environmentally-related art installation/architectonic collage and a result of a 3-week research of environmental conditions and waste management in Andalusia. All parts of this work were leftover debris and waste objects collected mainly in Castilblanco de los Arroyos (place of residence) and Sevilla.

The upper part is in a light orange/mustard pastel colour, since it is mostly prevalent in Sevilla, whereas the lower part is strikingly white as all small villages in Andalusia. The vegetation in Sevilla consisted mainly of palms, whereas wild chumbera cacti and grain were present outside the cities and fields.

The 5-liter bottles, ceramic tiles and one part of the chumbera cacti were collected as waste in the house of residence, near Castilblanco. The other part of already cut chumbera was found along the road to Castilblanco together with cut palm leaves. Blue bottles were collected in Sevilla and the board/background was an old unused furniture fragment left in storage. 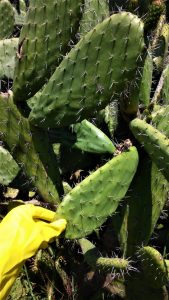 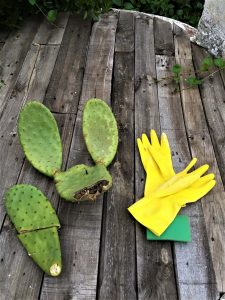 Goal of the project

The work shows how plastic enables deterioration of living organisms, particularly the natural surroundings. Although some plastic objects may look attractive to the eye and be uncostly as a product at the same time, as the installation itself, the impact of plastic components on nature and humans should not be romanticised.

Plastic destroys land and sea fauna’s habitats (often the animals/fauna itself) and also lowers the quality of human nutrition and longevity of products. It is extremely toxic when left exposed to sun heat and UV radiation, especially in southern Spain (Andalusia), where temperatures reach up to 50 degrees Celsius. Under such heat the plastic releases oil molecules into earth, water and vegetation, animal and human skin, which in turn can cause not only irreversible pollution, but also cancer and dermatological disruptions in animals and humans.