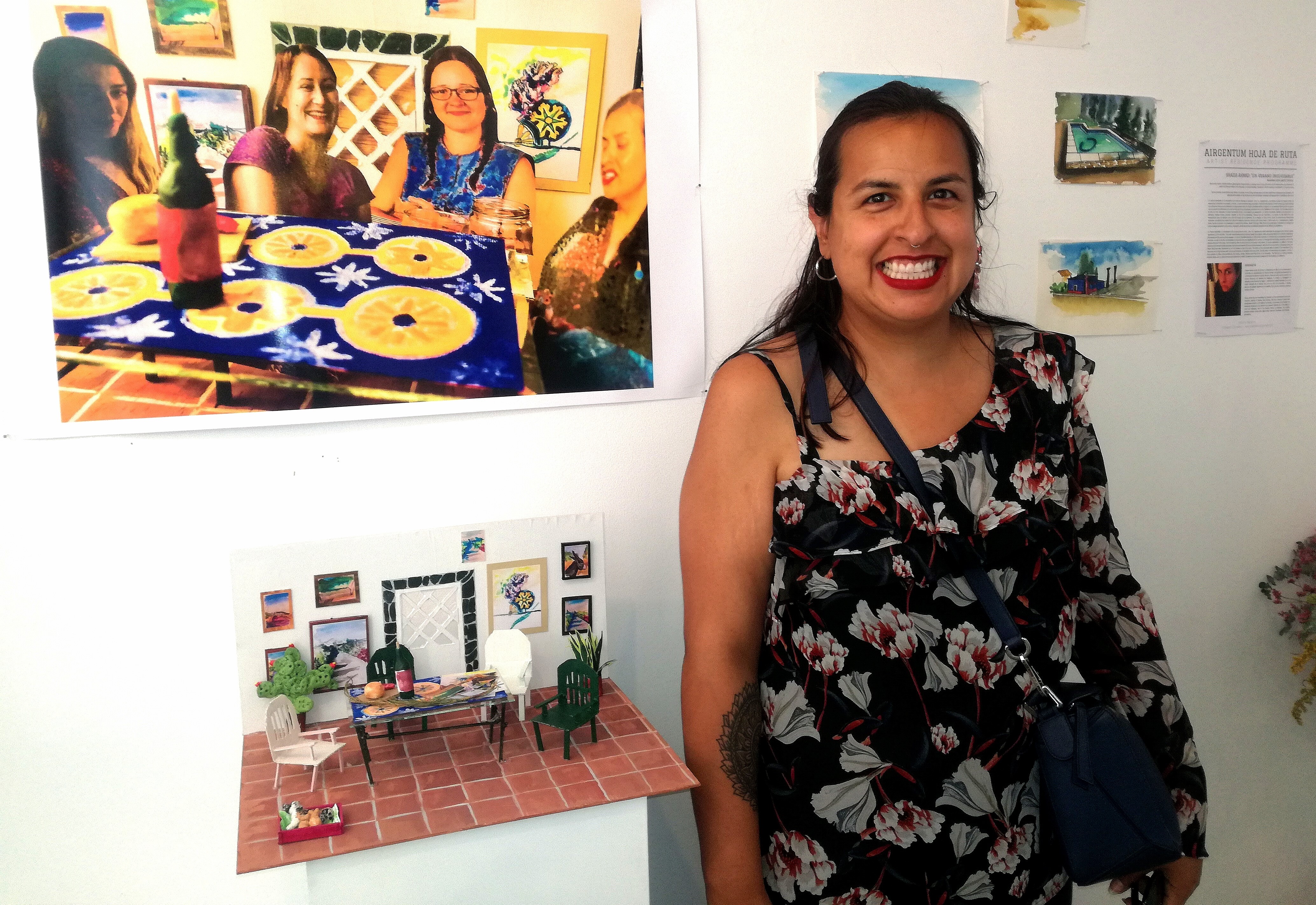 Shazia Ahmad has just completed her Bachelor of Fine Arts degree at Concordia University, majoring in Painting and Drawing. She has a previous double major undergraduate degree in Art History and History. As a woman of an interfaith and mixed-race background, her practice and research interests are in the notions of home and belonging, tied to the broader theme of otherness. Her practice comprises collage, screen print, digital print, book arts, monotype, and/or drawing and painting.

Un Verano Inolvidable is a continuation of my on-going diorama series, I Give You Togetherness, which celebrates the passage of time through shared experiences of time and place. The series commemorates personal journeys through these places, while also paying tribute to the intimate relationships that develop over the course of these passages. Un Verano Inolvidable celebrates my AIRGentum residency in a diorama that is a composite of elements in the house, as well as the flora and landscapes of Sierra Norte and Castilblanco de los Arroyos. In keeping with the naming convention used for the previous dioramas in the project, which are titled by either the time of the day or the season they depict, Un Verano Inolvidable is no different.

The visual elements of the diorama include watercolour and pen-and-ink
sketches of the surrounding landscape, while the local cactus plants or chumberas, lining San Benito Road have been miniaturised so as to be included as part of the space.

The choice of the communal table is central to the interactions of the characters and is truly the focal point of the actual farmhouse, as we gather here to eat, drink, and talk daily, and occasionally work together. As such, I have included my fellow artists-in-residence Rosa Aphalo, Jennifer Pickering and Riley Strom to be characters. The diorama is a collage combining domestic details, such as doors as well as home decoration, in addition to patterned ornamentation adapted from the buildings in Castilblanco.